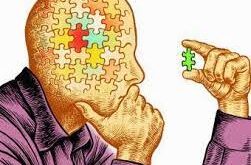 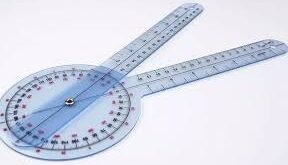 Over the coming days we’ll be giving you an insight into the work of various people who are part of the Bayern backroom team in Doha and explain what they do. Part 2 is with physiotherapist Florian Brandner.

One of the physiotherapists who looks after the Bayern players’ physical condition every day is Florian Brandner. The Munich native has been working for the club for 12 years, joining the first-team setup in the 2018/19 winter break after previously being part of the U16, U19 and reserves’ backroom staff. Prior to his step-up, the now 39-year-old also oversaw the physiotherapy section at the FC Bayern Campus from summer 2017.

Brandner started life with the senior squad at the 2019 winter training camp in Doha. Four years later and back at the Aspire Academy, we accompanied him for a day.

“We’ve got a great set of staff. I look forward to work every day,” Brandner said of his role with six other physios in Julian Nagelsmann’s backroom team. Helmut Erhard (head), Gerry Hoffmann (deputy), Gianni Bianchi, Stephan Weickert, Christian Huhn, Knut Stamer and Brandner are responsible for the treatment of players. All of them except Stamer are out in Doha. He has remained in Munich to look after the players recovering from their injuries at Säbener Straße. 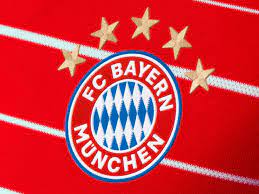 “Things start early and finish late at the training camp,” Brandner explained of the physios’ day. They’re always working to make sure the players are – in best case – not injured or get fit again quickly. The six of them occupy three rooms at the hotel. Brandner and his colleagues are there at 7am, ahead of the 7:30am running session, to apply blister plasters or tape to players. They start treatments after breakfast – at least an hour before training. On this day, that starts at 10am. For Brandner, that doesn’t just mean sorting out bandages but also mobilising, stretching, or examining the players with a doctor if needed.

The physios prepare the electrolyte drinks and ice boxes for training before they also head out onto the pitch at the Aspire Academy. “Christian Huhn and I sometimes double up as linesman in sessions,” Brandner jokes, but he’s carefully watching proceedings and ready to step in should something happen. In the case of a knock, for example, he’d immediately be there to cool it. If there’s a more serious injury, Dr. Peter Ueblacker is immediately consulted as the team doctor.

The players are quickly checked before lunch. A physio will then treat two or three of them. After the midday break, Brandner and his colleagues then start their same routine from 3:30pm ahead of the afternoon session. Brandner says: “If the training session is short, then some treatments will take place before dinner, depending on what the player fancies.” Brandner will treat a few more players on the bench up to 11pm.

At the end of every day, there’s a medical meeting with the doctors, fitness coaches and assistant Xaver Zembrod in the team hotel. CEO Oliver Kahn, board member for sport Hasan Salihamidzic or technical director Marco Neppe might even be present as well out in Doha. “Here we go through the state of the squad, the injured players in Munich and the next day’s training,” Brandner explains. If a player has bigger complaints, the physios will continue to treat him up till midnight.

Back at Säbener Straße, this meeting is usually held ahead of training, at 9am. Nagelsmann then gathers the team for a group discussion before the players go through their activations either in the gym or with the physios. After a session out on the pitch, they’re then treated by Brandner or one of his colleagues in the afternoon. The physio room is often somewhat of a mood barometer for the team. “It’s like the living room – here in Doha, at Säbener Straße or at the Campus,” Brandner explains. As well as the physiotherapy side of things, a personal aspect is also required. For example, Manuel Neuer often comes in with a coffee for everyone in the morning. Over time he’s learned how people like to drink theirs, Brandner explains. It isn’t just a place to be treated but also have a chat.