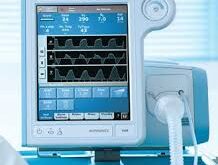 Volume 67, Issue 3, July 2021, Pages 220-221
MichaelLee
The Revised Fibromyalgia Impact Questionnaire (FIQR) is a self-reported questionnaire that measures functional capacity and disease severity in patients with fibromyalgia.The FIQR is one of the most used functional rating instruments in clinical practice and clinical trials for the evaluation of therapeutic efficacy in patients with fibromyalgia. The FIQR is easy to use and can be administered in under 3 minutes. It is applicable to both genders of all socioeconomic levels. Furthermore, the FIQR has been adapted for online administration and is translated into several languages. The FIQR has also been validated for cross-cultural adaptation

Instructions for completing and scoring: The FIQR consists of 21 individual questions across three linked domains: function, overall impact and symptoms. All questions pertain to experiences during the past 7 days and are scored using an 11-point numeric rating scale (0 to 10, with 10 denoting the worst possible condition). The function domain contains nine questions addressing activities of daily living and contributes to 30% of the total FIQR score weighting. The overall impact domain consists of two questions relating to the overall impact of fibromyalgia on function and overall impact of symptom severity; 20% of the FIQR total score is attributed to this domain. The symptoms domain contains 10 questions and evaluates symptoms commonly reported by fibromyalgia patients such as tenderness, hyperalgesia, environmental sensitivity, balance disturbances and memory problems; it accounts for 50% of the total FIQR score. The total FIQR score (out of 100) is the sum of the three modified domain scores, that is: the summed score for the function domain (range 0 to 90, divided by 3), the score for overall impact domain (range 0 to 20) and the score for the symptoms domain (range 0 to 100, divided by 2).

Reliability and validity: The FIQR has excellent psychometric properties,and differentiates between fibromyalgia patients and those with rheumatoid arthritis, systemic lupus erythematosus and major depressive disorders. The FIQR has demonstrated good to excellent test-retest reliability for the FIQR total score (ICC = 0.78 to 0.99) and its function (ICC = 0.73 to 0.98), overall impact (ICC = 0.51 to 0.93) and symptoms domains (ICC = 0.76 to 0.98). However, the temporal stability for the overall impact domain shows higher variability (ICC = 0.51 to 0.93), which suggests possible improvement in this particular domain/subscale. This could also be due to the high variability demonstrated by patients in achieving their goals (or their perception/beliefs in achieving their goals) and feeling generally overwhelmed (items 10 and 11, respectively). The 21-item subscales show good to very good internal consistency (Cronbach’s alpha = 0.84 to 0.964). Cronbach’s alpha coefficients for each of the three domains also range from good to very good: function domain = 0.83 to 0.92; overall impact domain = 0.81 to 0.9; symptoms domain = 0.84 to 0.91. Furthermore, each of the three domains of the FIQR have demonstrated good correlation with the FIQR total score (r = 0.92 to 0.96). The dimensionality of the FIQR has also been investigated using factorial analyses. The structure of the three domains of the FIQR was confirmed for the Brazilian Portuguese and Spanish versions of the FIQR.7 However, a two-factor structure (function and symptoms domains) was reported for the Italian version of the FIQR. This discrepancy could be due to a different factor analysis used to assess structural validity (confirmatory factor analysis was employed in the Brazilian and Spanish studies, and exploratory factor analysis and Rasch Analysis were used in the Italian study). Nevertheless, this highlights the need for future studies to clarify model structure of the FIQR in different languages. One study has investigated the standard error of measurement and smallest detectable change of the FIQR items and scores.Lupi et al reported a standard error of measurement of 2.5 (3.46%) for the FIQR total score, and smallest detectable change of 6.91 (9.57%).These need to be further verified by future studies. There is currently no data on the minimum clinically important difference of the FIQR.

The FIQR was developed by Bennet et al in 20091 as a revision to the original FIQ, which was first published in 1991. It has several advantages over its predecessor: the FIQR includes the evaluation of symptoms commonly reported by fibromyalgia patients such as tenderness, hyperalgesia, environmental sensitivity, balance and memory problems, whilst maintaining the essential clinimetric properties of the original questionnaire.1 Second, the scoring system was substantially simplified compared with the original FIQ by adopting an 11-point (0 to 10) numeric scale for all questions, which significantly improved its usability. This user-friendly questionnaire can be completed in < 3 minutes, with minimal training required. Lastly, some of the questions in each of the FIQR sub-domains were also rephrased to make it more applicable for both genders of all socioeconomic backgrounds.1 Previous studies have also demonstrated that the FIQR has good correlation with the original FIQ in the total score and each of the related domain scores thus, is it feasible to compare studies that have used the original FIQ with studies using the FIQR.

Given that there are currently no established objective measures of disease severity in fibromyalgia, a validated clinical questionnaire such as the FIQR that can reliably measure patients’ subjective symptoms, functional capacity and global impact is critical. Due to the multidimensionality of the FIQR, it is reasonable and perhaps essential to report not only the FIQR total score, but also the three domain/subscale scores. Future studies should focus on more thoroughly exploring the structural validity of the three FIQR domains and verify the model structure of different translated versions of the FIQR items. Furthermore, given that the overall impact domain has slightly more variable temporal stability, this domain may benefit from further development. Lastly, there is a need to properly evaluate the responsiveness of the FIQR in the context of intervention outcome studies. 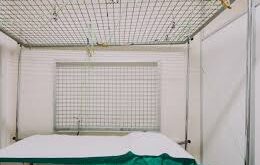