Ultima hora
Inicio / FISIOTERAPIA / Main routes of contagion of SARS-CoV-2 and fifth wave: what should we know?

Main routes of contagion of SARS-CoV-2 and fifth wave: what should we know? 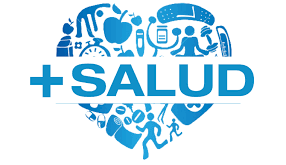 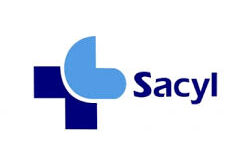 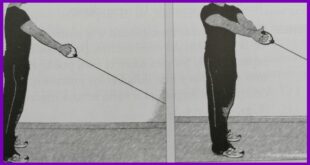 The epidemiological situation in Spain shows us a complex picture. We are facing a fifth wave of the pandemic that differs significantly from the previous ones in which the National Vaccination Strategy against COVID-19 advances positively, but the cumulative incidence at 14 days per 100,000 inhabitants continues to skyrocket. The reason is found in the significant daily increases in the numbers of new positives , especially among the younger population groups. Although the scenario varies when compared to previous waves, the enemy remains the same.

As a result of the advance in the rate of vaccination in recent weeks , some measures and restrictions that have accompanied us practically since the beginning of the pandemic have been relaxed . These have been crucial in curbing the transmission of the virus and controlling infections. We must not forget that vaccines do not prevent contagion , although they have demonstrated their efficacy and safety in reducing the risk of developing moderate and / or severe COVID-19 and reducing the possibility of dying as a result of infection.

Reason why in this fifth wave it is convenient to remember which are the main routes of contagion . More if possible in the context described in which there are many who mistakenly think that the danger has passed and it is now when greater efforts must be made to reduce the circulation of the virus until the long-awaited herd immunity is achieved .

Starting from this point, we focus on the document prepared by the Ministry of Health on the transmission of SARS-CoV-2 , updated at the beginning of May. With the accumulated scientific evidence, it is considered that the coronavirus can be transmitted from person to person by different routes , the main one being through contact and inhalation of respiratory drops and aerosols emitted by a patient to the upper and lower respiratory tract of a person susceptible.

Contagion can also occur by indirect contact through the hands or objects contaminated the respiratory secretions of the patient with the mucous membranes of the respiratory tract and the conjunctiva of the susceptible person.

Current evidence and the most recent publications, involving epidemiologists and engineers who are experts in aerosols, indicate that the classic paradigm for professionals in Public Health and the control of communicable diseases, which classifies respiratory emissions in droplets (≥5 microns) and aerosols (<5 microns), has to be reviewed.

All people, when they speak and breathe, emit aerosols from their airways of different sizes that range from nanometers to hundreds of micrometers. Depending on the sizes of these aerosols, the aerodynamic behavior is different. It is considered that only secretions greater than 100 microns have «ballistic» behavior, descending to the ground in a few seconds due to the effect of gravity and can travel a maximum distance of two meters from the emitter.

These emissions could reach a susceptible person who is nearby, impacting somewhere (eyes, mouth, nose) from which it could cause infection. Any other respiratory emission less than 100 microns is considered an aerosol, since it is suspended in the air for a time (seconds to hours) in which it can be inhaled at a distance greater than two meters from the emitter or even in the absence of an emitter. , if they are still suspended in the air. Depending on their size, aerosols from 15 microns to 100 microns reach the upper respiratory tract, aerosols from 5 microns to 15 microns can reach the trachea and main bronchi and aerosols smaller than or equal to 5 microns have the capacity to reach the upper respiratory tract. alveoli.

The aerosols produced by breathing or speaking are more than 80-90% very small (<2.5 microns), coming from the lungs and on average about 500 are generated per liter of exhaled air. Coughing produces 3,000 particles and sneezing 40,000 , mostly small (1-10 microns), from the upper respiratory tract.

According to the criteria established by Jones and Brosseau , the conditions to demonstrate the transmission of SARS-CoV-2 by aerosols would be the following:

There is a methodological difficulty in capturing viruses from the air without damaging them , which may explain both the low concentrations observed in the samplings and the impossibility of growth in crops.

In view of the evidence found to date, it can be established that:

In experimental studies with high inoculums (104-107 copies of viral RNA) of SARS-CoV-2 (much greater than what a drop of respiratory secretion contains after coughing or sneezing), viable virus could be identified on copper surfaces , cardboard, stainless steel, and plastic at four, 24, 48 and 72 hours, respectively at 21-23 ºC and with 40% relative humidity.

In another similar experiment, at 22 ºC and 60% humidity, the virus was no longer detected after three hours on a paper surface (printing or tissue paper), after one to two days on wood, clothing or glass and more than four days on stainless steel, plastic, money bills and surgical masks.

In an experimental study, the natural conditions in which the virus could be found on inanimate surfaces near a patient were simulated. Specifically , the protein concentrations normally found in upper respiratory secretions were simulated and similar amounts of virus were inoculated to those found in said secretions.

Virus permanence, viability, and viral load were measured in three different materials: glass, polystyrene plastic, and aluminum. A great stability of the virus was observed on the three surfaces, greater in plastic and with the amount of protein similar to that found in the respiratory tract, being able to grow in Vero cells 96 hours after being inoculated. The experiment did not take into account other components present in respiratory secretions that could influence the lower viability of the virus, such as enzymes and mucin.

In real conditions, in environments where there are COVID-19 patients , the SARS-CoV-2 virus has been found repeatedly on inanimate surfaces in the vicinity of patients (beds, bathrooms, doorknobs …), both in hospital environments as in the homes of the patients, although it has not been possible to cultivate. After the usual disinfection processes, the genetic material of the virus is detected on few occasions, even in the Intensive Care Units and on the few occasions in which it has been detected it has not been possible to cultivate, which in principle points to an absence of viability.

OTHER POSSIBLE ROUTES OF TRANSMISSION

Although the genome and sometimes the infective virus have often been detected in feces and urine of sick people, transmission through feces and urine is another hypothesis for which there is no evidence in this epidemic to date. The gastrointestinal clinical manifestations, although present, are not too frequent in cases of COVID-19, which would indicate that this route of transmission, if it exists, would have a minor impact on the evolution of the epidemic .

SARS-CoV-2 has been searched for in semen without, in general, being found, although in a small number of patients it was detected in the acute phase of the disease and the first days of convalescence. This finding does not mean that the infection can be transmitted sexually, since the viability of the virus in semen has not been demonstrated, nor is there any case in which other transmission possibilities have been ruled out.

The risk of transmission of SARS-CoV-2 through blood or blood products is considered very low. On the one hand, the viral load of people with viremia is very low, and on the other, no cases have been documented so far. 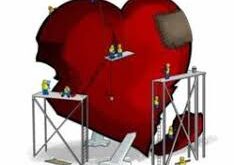