The Delta variant defeats the de-escalation plan and herd immunity 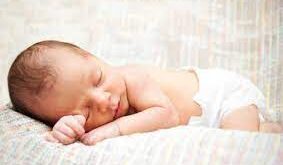 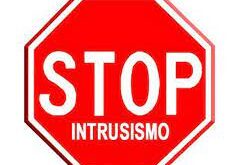 The Delta variant, detected for the first time in India, has put the management of the Covid-19 pandemic in check. «The Delta variant is more in everything»: more contagious, more viral load, it replicates faster and infects vaccinated. For this reason, experts such as Rafael Bengoa , who was the Basque Country Health Minister and adviser to the Obama government , warns that the authorities must be «patient with decisions» when making restrictions more flexible.

«We are no longer in the same pandemic of 2020 and we must act differently,» insists Bengoa, emphasizing that the restrictions of this fifth wave must be lifted more progressively compared to previous waves.

According to the latest vaccination report published by the Ministry of Health, on August 20 , 65.5% of Spaniards had been fully immunized against Covid-19 and 74.7% had at least one dose of the serum. Although they are figures to celebrate, it is not the objective that the Pedro Sánchez government had set itself to achieve collective immunity.

This herd immunity , also called herd immunity, is that indirect protection against an infectious disease that is achieved when a part of the population is immune, either by vaccination or by being infected. Already on July 29, Sánchez reported that «with the appearance of the Delta variant, the percentage for immunity will be higher than 70%.»

Now, experts emphasize that, with Delta monopolizing infections, not even 90% of the vaccinated Spanish population could be a «guarantee of future safety» . This percentage proposed as a goal is due to other variants, including the original one detected for the first time in Wuhan. Now epidemiologists suggest that the goal is closer to 85% than 70% , even reaching 95%. 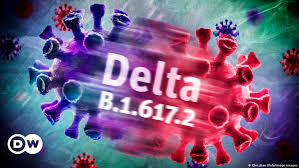 From the BBC,  Shabir Madhi , the vaccinologist and director of the Respiratory and Meningeal Pathogens Research Unit of the South African Medical Research Council , further explains that “promoting the concept of herd immunity creates the misconception that we are really going to reach a stage where we eradicate the virus ”, something that is unlikely to happen.

In addition to herd immunity, another problem arises: the duration of protection . So far, little is known about the real time that Covid vaccines protect against the disease, especially with the arrival of Delta. For now, the serums against Covid-19 would be effective, at least, after six to nine months , an estimated time that could vary in the face of future variants.

To achieve true herd immunity in a globalized world, vaccines must be accessible to the entire population . The director general of the World Health Organization (WHO), Tedros Adhanom , insists that, if the entire population is not vaccinated against the coronavirus, we will never be safe , because the virus will continue to circulate and, therefore, evolve . It is estimated that only 32% of the world’s population has been immunized with at least one dose of the vaccine.

PRUDENCE IN THE DESCALED AND RETURN TO THE CLASSROOMS

At the moment, Andalusia, the Basque Country, Catalonia and the Valencian Community are the regions with the most restrictions due to Covid-19 . In all of them, a curfew has been applied in some of their municipalities. At the national level, throughout Spain certain prohibitions are contemplated with the aim of curbing infections.

In the coming days, some of these autonomous communities plan to lift the restrictions . Faced with this new scenario, Bengoa warns and asks for caution: the de-escalation must be carried out with «patience», since Delta does not behave like other variants. This flexibility of measures should only occur «when low figures are reached for all the indicators.»

Experts focus on taking measures for going back to school to avoid a rebound in infections in this age group. In conversation with this medium, Dr. Tomás Vega Alonso , coordinator of the Red Sentinel Vigira de Castilla y León , explains that, with the progress in the vaccination strategy, the unprotected population is those under 12 years of age.

Although children do not suffer from the disease seriously, «the virus could find a niche here to spread . » This spread favors the evolution of the virus and the potential infection of vulnerable people, who, although vaccinated and protected, could be susceptible to becoming ill.

Both Vega and Bengoa emphasize the importance of taking preventive measures in this school year , as they have proven to be effective. Masks, bubble groups and ventilation, as well as CO2 meters, are some of the standards that should continue to be implemented in schools in the, increasingly closer, back to school.