Ultima hora
Inicio / FISIOTERAPIA / What do we know about the mortality rate of the Delta variant?

What do we know about the mortality rate of the Delta variant? 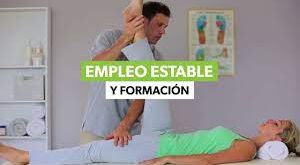 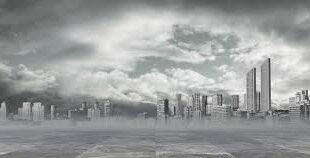 The Delta variant of SARS-CoV-2 (B.1.617.2, originally detected in India) is between 40-60% more transmissible than the Alpha variant (B.1.1.7, originally detected in the UK), and is it is also associated with an increased risk of hospitalization . Scientific evidence suggests that people infected with this variant have a higher viral load and that it requires a shorter incubation period . But what do we know about Delta’s mortality ?

Several studies indicate that, compared to the original strain of the virus detected in Wuhan, China in December 2019, Delta can make more people sick if they are not vaccinated . A recent Scottish study , the results of which have been published in The Lancet , suggests that people infected with the Delta variant have almost twice the risk of requiring hospitalization , compared to those infected with the Alpha variant. In the case of those vaccinated, the risk was reduced by up to 60% compared to those who were not immunized.

A group of Canadian scientists conducted a similar study pre-printed in medRxiv on July 14. According to this research, people infected with the Delta variant were twice as likely to need hospitalization and die than those infected with any of the variants classified as “of interest” (that is, neither Alpha, Beta, Gamma or Delta).

Regarding the conclusions of these two studies, it should be noted that they are preliminary results, so more research is needed to show that Delta actually causes a more serious disease than the other variants. Experts indicate that this variant could seem more serious due to the fact that it has caused outbreaks in populations with more risk factors or because these have occurred in areas with high healthcare pressure, according to a recent report prepared by the Society for Microbiology from the United States.

One factor to keep in mind is that it is not clear how the mortality rate of the Delta variant compares with that of others . What is clear is that the COVID-19 vaccines currently being inoculated reduce the risk of serious illness and death.

THE VITAL IMPORTANCE OF VACCINATION

The role of vaccines in reducing mortality from the Delta variant is clear. According to the latest data provided by the World Health Organization (WHO), in the poorest countries, those that have barely received doses of the vaccines, the mortality derived from the expansion of Delta has skyrocketed.

In the week of July 20, the registration of one million new cases of COVID-19 in Africa was confirmed with a weekly increase in deaths of 43% . Five countries (Namibia, South Africa, Tunisia, Uganda and Zambia) accounted for 83% of all deaths. The case of Namibia is devastating as it has the highest mortality rate from the virus in the world with 26 deaths per day per 100,000 inhabitants. In the country, only 1.2% of the population is vaccinated .

«If we had had enough vaccine supplies a few months ago, we would have been in a much better position to mitigate the impact of the Delta variant,» criticizes Fatima Hassan , founder of the South African Health Justice Initiative. «Vaccine companies can play God in a pandemic. Where is the world? Why don’t they send us 50 million vaccines? We really need it right now,» Hassan cries. 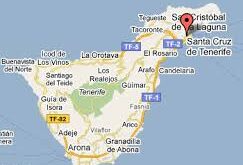